What is Swine flu? How can it be treated? 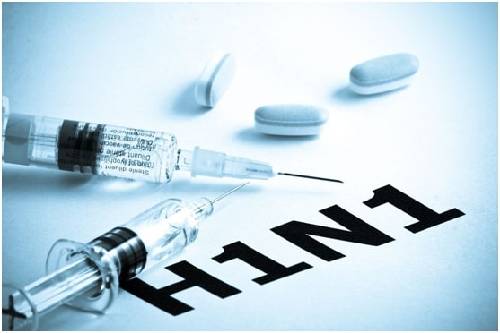 Swine flu is also known as H1N1 flu. It is calledswine flu because in the past, people who got afflicted by it had direct contact with pigs. This theory changed many years ago with the emergence of a new virus that spread among people who had nothing to do with pigs. Swine flu isn’t as dangerous as it was a few years ago, but still, prevention is better than cure in the event of an outbreak. Similar to seasonal flu, it can cause severe health hazardsto some people. The ideal remedy is to go for a flu vaccine, or a flu shot, every year.

How people get affected by Swine flu

The people who have swine flu cough or sneeze, which can spray tiny drops of the virus into the air. In case you get exposed to these drops, touch a surface (like a doorknob or sink) where the drops may have landed, or touch something that an infected person has recently touched, you run the risk of catching H1N1 or swine flu.

The symptomsof swine flu are quite similar to the onesofseasonal flu. They can include cough, fever, sore throat, stuffy or runny nose, body aches, etc. Swine flu can also result in serious problems, including pneumonia, lung infections, and other breathing problems. Also, it can be a very bad thing for people affected by diabetes or asthma. In case you have symptoms like shortness of breath, excessive vomiting, pain in your belly or sides, dizziness, or confusion, please go to a doctor.

When it comes to testing for swine flu, the doctor runs an absorbent pad- a bigger version of the ones in your bathroom –in the inside of your nose around the back of your throat. But the test is not as common as those for regular flu. So, the only people to be tested are those in the hospital or those vulnerable to life-threatening problems due to swine flu, such as:

How Swine flu is treated

Some of the antiviral drugs that are used to treat seasonal flu also work for H1N1 swine flu. Oseltamivir (Tamiflu), peramivir (Rapivab), and zanamivir (Relenza) are considered as the best, although certain types of swine flu do not respond to oseltamivir. These drugs help you recover quickly from the flu. These medicationscan be the best remediesif you take them within 48 hours of the first flu symptoms;however, they can be helpful later on as well. Antibiotics are not needed,as the flu is caused by a virus, not bacteria.