How much salt is too much salt? 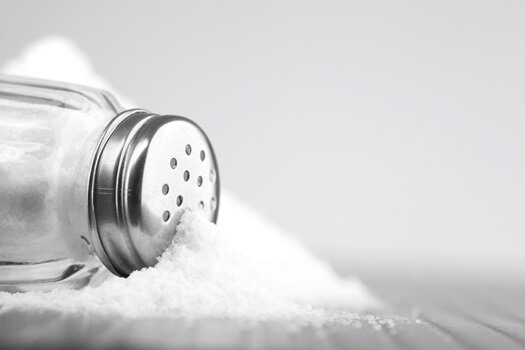 What you need to know:

Salt has been used for centuries to flavour and preserve our meals, but according to home doctors, we’re eating too much of it.

For adults, it is recommended by The Australian National Health and Research Council that one teaspoon of salt (5g) should be ingested each day.

However, on average, the Australian diet consists of up to 8g of salt per day. Even though our bodies need salt, this average is too high.

In the body, salt is used to regulate and circulate blood and other fluids, however, if too much is ingested, it can lead to high blood pressure, strokes and heart disease.

Even though we may enjoy adding a pinch of salt to our meals, our food is often already high in salt content and is hidden in packaged and processed foods. According to the experts at House Call Doctor, some of the more common contributors to salt intake, and they include:

Ways to reduce salt in your diet

There are many ways to reduce your salt intake. For example, home doctors recommend that you avoid packaged and processed foods like deli meats, dips and sauces, and choosing reduced salt options will cut back on your salt intake.

Reducing the amount of salt in your cooking is also a great option, as your taste buds will adapt within a couple of weeks. Instead of salt, why not use some exotic herbs and spices to bring out the flavour in your food?