What are the Main Methods of Treating Neuropathy?

Peripheral Neuropathy has not been deemed as a single condition. On the same note, there has not been a single treatment option suited best for this group of health problems. 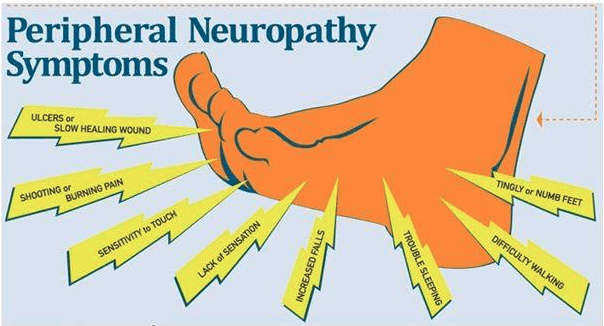 Nerve damage may not be similar in all people. However, the potential signs along with the various symptoms of neuropathy would be inclusive of permanent or temporary numbness. You may also feel prickling, tingling, or burning sensation.

There would be enhanced sensitivity to muscle weakness, touch, or wasting. Other inclusive symptoms would be paralysis, dysfunction of glands or organs, sexual or urination impairment. It would not be wrong to state that the symptoms of neuropathy actually depend on which nerve has been affected.

Treatment for neuropathy would focus initially on the identification of the problem. It would later address the underlying condition for the prevention of further damage. It would also provide nerves with the requisite or as much time they require for healing.

In case, you were suffering from Diabetic Neuropathy, the initial step taken by the physicians would be to take the blood glucose level of the person under control.

Diabetic Neuropathy Treatment would be inclusive of the following:

However, the common treatment for neuropathy would be inclusive of over the counter medication, antidepressants, prescription medication, neuromodulation, anticonvulsants, and surgery.