Dysmenorrhea is  painful periods. Every female hit with periods in her puberty. Dysmenorrhea is curable it can be eradicated from one’s life through consulting the doctors. Dysmenorrhea also menstrual cramps, is pain during menstruation that we all know. Its usual onset occurs around the time that menstruation begins. Symptoms typically last less than three days. The pain is usually in the pelvis or lower abdomen. 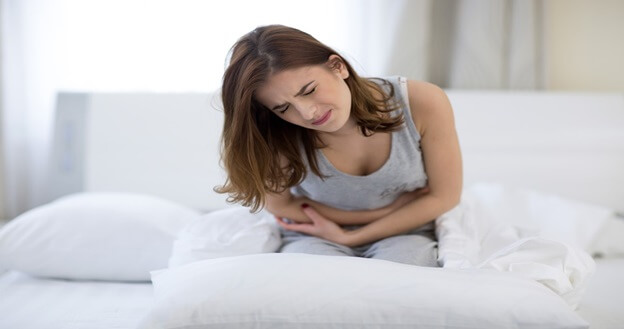 There are two types of dysmenorrhea

Primary dysmenorrhea is menstrual pain that’s not a symptom of an underlying gynecologic disorder but is related to the normal process of menstruation.

Secondary dysmenorrhea is menstrual pain that is generally related to some kind of gynecologic disorder.

Primary dysmenorrhea refers to menstrual pain or cramps that usually occur at the beginning of a woman’s period and last a day or two. The pain should decrease in the middle and latter part of the period since the pain is caused by an increase in prostaglandins. Prostaglandins are natural chemicals produced in the uterine lining that rise and peak at the beginning of a period and begin to decrease as the period progresses and ends. Most women experience primary dysmenorrhea as young women, and it may continue as long as they are menstruating.

The good news is that many women who experience primary dysmenorrhea notice that it diminishes as they age or after childbirth.

Secondary dysmenorrhea is the term your doctor may use if you have a problem in your reproductive organs that causes your cramps. Several conditions can cause it, such as these:

Dysmenorrhea is curable. Pain in periods can be cured if it is consulted with the doctor on time. Period is normal but pain in period is not normal all though it can be removed with proper guidance from the gynecologist.

Author is professional gynecologist from Mumbai, India. She wants to create a sense of awareness against painful periods amongst young & adolescent girls, spreading the message – periods are normal, period pain is not.